The Sailor cap was first introduced in 1811 as a part of the uniform in the Russian Navy. It was a development of the peaked cap in application to marine conditions.

A sailor cap is a round, flat visorless hat worn by sailors in many of the world's navies. A tally, an inscribed black silk ribbon, is tied around the base which usually bears the name of a ship or a navy. Many navies (e.g. the German) tie the tally at the rear of the cap and let the two ends hang down to the shoulders as decorative streamers. The cap may be further embellished with a badge, cockade or other accessory. Visorless Caps of this kind began to be worn in the mid 19th century.

The following are some Images: 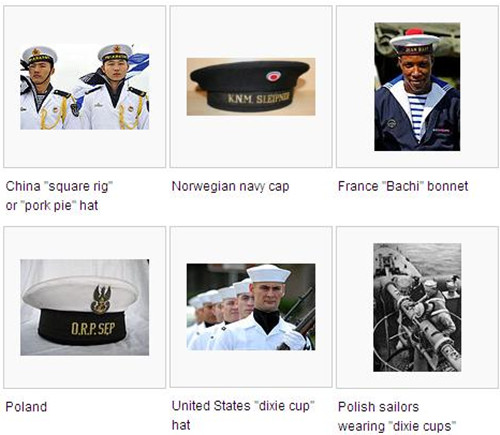 The Sailor caps are usually used for travel, promotion, gifts,etc in modern times. Now people create new designs according to the modern needs. See our own designs: 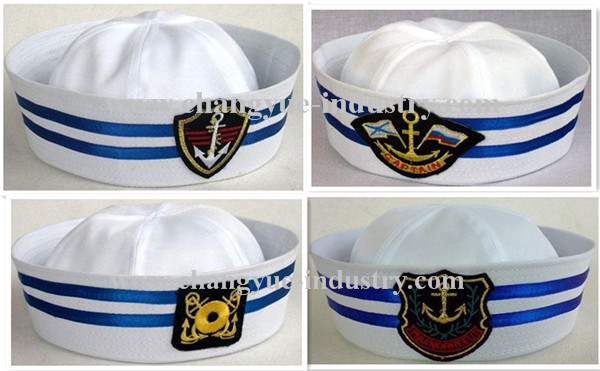 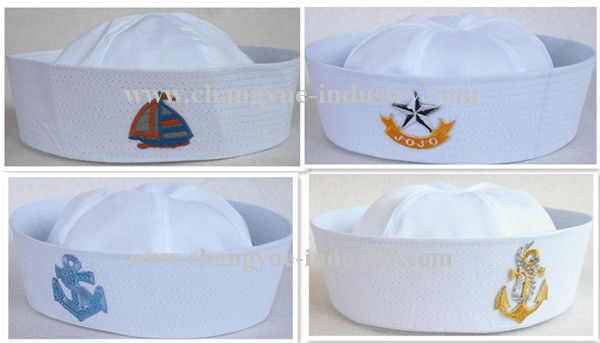 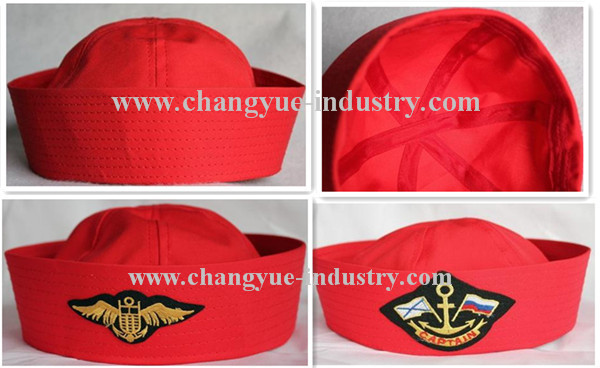 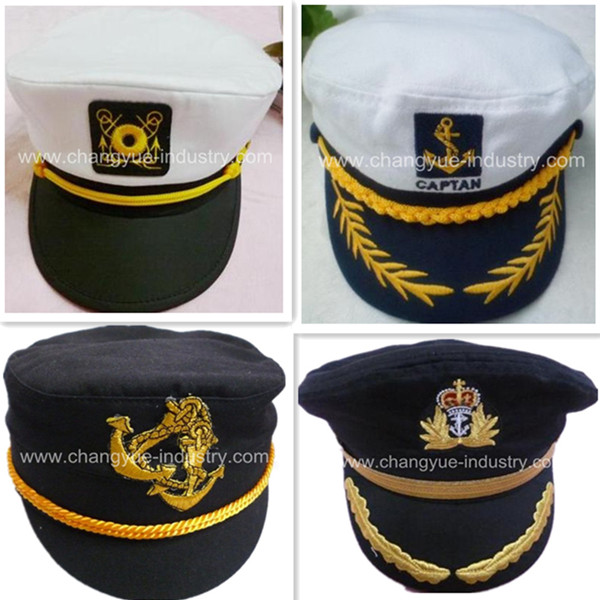 US sailors part of the marine corps. Sailor hats is the perfect hat for all your aquatic needs. Whether you are on the boat, or docked at port. Our navy sailor caps are not official sailor hats unless otherwise stated. Sailor caps are great for boaters, Halloween ideas, dress us ideas, and much more. Navy Sailor Hats are also known as Halloween navy military hats, costume ideas, etc.